China's poultry industry has started developing its own growth path out of the shadows of the pork industry, a new report from Rabobank has revealed 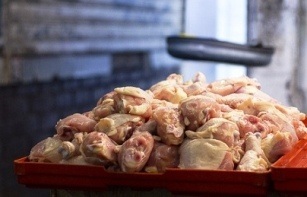 The poultry industry has already become the most industrialised protein segment in China. (Image source: RaulPerezFoto/Flickr)

Poultry production in will be expected to continue to grow faster than pork thanks to the efficiencies it offers to both producers and consumers.

The poultry industry has already become the most industrialised protein segment, producing some 17mn tonnes of annual output which accounts for 18 per cent of global production, second only to that of the .

Analyst Chenjun Pan commented, “Low current per capita consumption rates and a growing acceptance for eating poultry meat amongst the younger generation creates a strong growth potential that should enable the industry to take a meaningful share of meat consumption away from pork.”

Much of the growth will come from the burgeoning quick service restaurants sector and emergent frozen and processed food sectors.

At present, restaurants are the major driving force for poultry demand thanks to a double-digit growth rate and menus biased to poultry.

’s leading quick service restaurants like KFC and McDonald’s have increased their outlet numbers to 4,000 and 1,500 respectively, with KFC claiming 39 per cent of the fast food market.

Even if the quick service restaurants segment fails to maintain this rapid growth rate, there will still be considerable opportunity in ’s nascent frozen or processed food market.