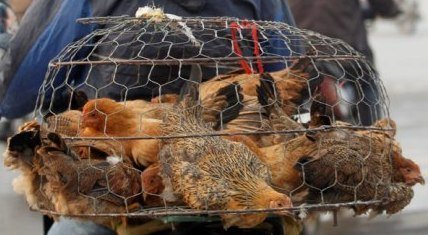 More than 6,000 chickens at a farm in a village in Luyang, a town in Jingtai County, showed symptoms of suspected avian flu and 260 of them have died, according to the Ministry of Agriculture (MOA).
The National Avian Influenza Reference Laboratory confirmed the epidemic was H5N1 bird flu after testing samples collected at the farm, the MOA said.
Local authorities have sealed off and sterilised the infected area, where a total of 18,460 chickens have been culled and safely disposed of in order to prevent the disease from spreading.
Bird flu, or avian influenza, is a contagious disease of animal origin caused by viruses that normally infect only birds and, less commonly, pigs. It can be fatal to humans.