Housing tips for poultry production in the tropics 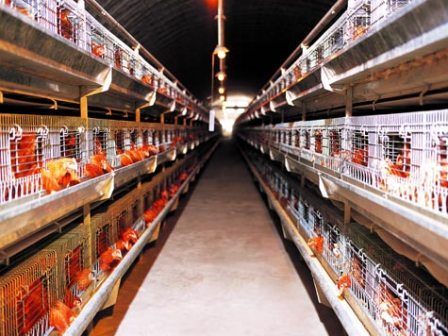 Poultry physiology is at the root of birds’ inability to cope with high temperature conditions especially with accompanying high humidity, but producers can design and manipulate housing to minimise heat stress and resulting loss of production.

The internal body temperature of domesticated gallinaceous birds (chickens) at 41.2°C to 42.2°C is measurably higher than that of mammalian livestock and humans (36°C to 39°C). The upper temperature limit beyond which living cells and tissues progressively fail to operate is governed by the temperature at which enzymes (enzymic proteins) are denatured (destroyed) by loss of configuration (shape) and chemical activity.
This starts to occur in the region of 46°C and thus poultry have considerably less leeway than other animals when suffering from heat stress and quickly succumb to higher temperature. In comparison, actual body temperature of poultry may fall as much as 20°C below the normal range with birds still making full recovery if carefully re-warmed. Domestic poultry is clearly less tolerant of heat than cold and much more likely to die from heat stress (hyperthermia) than succumb to stress associated with low temperature (hypothermia).
Poultry are not well adapted and disposed to high ambient air temperatures. They lack sweat glands in the skin and are therefore unable to gain much from natural evaporative cooling, although there is some direct diffusion of water through the skin tissue. Only the head appendages (e.g. comb) are very rich in blood vessels and able to act as sites for direct loss of heat, so poultry appears to have few limited options for heat loss in warm conditions.

Chickens cooling down
Chickens dip their faces in water and allow drips to fall from the facial appendages thus encouraging some loss of heat when the water evaporates from the surface of the body. Furthermore, blood vessels in the facial appendages and the legs vasodilate (come closer to the surface of the skin) to promote so-called ‘sensible’ heat loss (conduction, convection and radiation) from the body in addition to ‘insensible’ heat loss by evaporation. A distinction is made because ‘sensible’ heat loss contributes to warming up of the poultry environment, whereas evaporating water molecules actually take heat out of the environment by absorbing ‘Latent Heat of Evaporation’.
That said most heat loss achieved by hens is through the respiratory system and more specifically the lungs. Avian lungs are small in relation to total body size but have big non-vascular air sacs which play no role in gaseous exchange of oxygen and carbon dioxide. Instead they present large areas of wet surface for loss of water by evaporation and therefore evaporative cooling. Birds lose this heat through an activity called ‘panting’ which starts to occur when body temperature reaches 43°C.
The negative effects of high humidity come into play and pose additional related problems which are specifically dangerous to poultry. Air saturated (up to capacity) with water vapour prevents further water loss from birds through evaporation. The role of relative humidity is closely associated with temperature. At 20°C, relative humidity can be raised up to 90 per cent with seemingly little effect on either food conversion efficiency or growth rate. At 29°C raising the humidity to around 70 per cent has a discernible inhibitory effect on the rate of growth of broiler chickens.
Birds continually generate heat through body metabolism but during high ambient air temperatures of 35°C to 40°C, which is not much below normal internal temperature, they are unable to discharge all by evaporation. Body temperature, therefore, starts to rise causing even more heat to be produced and if unchecked results in acute heat stress and death from hyperthermia.
The feeding process including moving around to find food, ingestion, digestion and assimilation generates heat so the bird’s metabolism reacts logically by reducing food intake. Water intake may double initially but slips back to normal levels. There are well documented negative effects of heat stress on layers including reduced egg production, lower egg weight and shell weight and for broilers increased total carcass and abdominal fats.

Tropical environment
Overall effect of the tropical environmental is usually greatest for high yielding hybrid hens which have been bred for temperate climate production, where the consequences of low temperature-induced cold stress are more important than thermal stress brought about by high temperature and high humidity in tandem.
Hybrid birds are invariably raised in large and appropriately designed houses and there is every temptation to copy and adopt such designs for the tropics. But they may be technically inappropriate for prevailing environmental conditions as well as the economics of production. Such designs are unable to keep out sufficient heat by insulation or create the necessary degree of air movement and flow to achieve optimum in house climate for maximum productivity.
Poultry house design should be directly related to environmental conditions and tropical Asian producers should go for housing which suits their climate. Two distinct climatic areas in tropical Asia need to be catered for. First are those areas lying 15° either side of the Equator and experiencing temperature ranges of 25°C to 35°C with exceptionally high humidity and accompanying small air movements.
Second is the classic hot arid area experiencing a much wider range of temperature from 10°C to 49°C with distinct and marked diurnal (day/night) and seasonal (summer/winter) variations not seen in the humid Equatorial regions.  Such regions which typically occupy the outer tropical zone (15-30° North and South of the Equator) receive high intensities of solar radiation but considerably more frequent and higher velocity air movements (winds).

House location and vegetation
First consideration is where to locate the poultry house. As a general rule house sites should take full advantage of local topography (lie of the land) so that maximum use is made of prevailing air currents and shading from high land masses. Consult local records of wind velocity and direction and orientate houses to benefit from prevailing air movements. Always locate the house well away from concentrated blocks of tall plantation tree crops like rubber and other buildings so there is no interference with natural air flow onto and through the poultry house.
Tall trees with bare trunks and foliage in crowns and sited sparingly near the house can provide good shading benefits without interfering with the flow of air. But small bushy trees and shrubs like citrus and mango have an overall negative effect because they are not tall enough to provide shade but will still interrupt air flows. Appropriately sited trees and other vegetation may complement cooling of the house through transpiration of water from the leaves taking heat (Latent Heat of Vapourisation) from the immediate environment for evaporation. Indeed air movements across transpiring crops in hot climates can reduce ambient air temperature by up to 3°C.
In hot dry areas poultry house location near crops including pasture under irrigation can bring considerable rewards. Grassland and other low profile cover crops like alfalfa, groundnuts, cowpeas (Vigna) or cucurbits such as cucumber, pumpkin or musk melon absorb solar radiation from the environment. Bare ground and soil will reflect considerable amounts of solar radiation onto the poultry house.
It is not a good idea to locate poultry houses near dense natural vegetation or crops like sugar cane and cocoa all of which may harbour rodent predators like brown rats. Ducks always reserve an area outside of the house occupying an equivalent to half the house area for a pond of shallow water which need be no more than 30 cm deep. With this supplied, ducks can often withstand high ambient temperatures that would otherwise cause high mortality in chickens and turkeys. Clearly there are no hard and fast rules but it’s more of a ‘mix and match’ question.

Building design
Roof design and construction in the tropics must ensure total interception of solar radiation to prevent direct heat transference onto birds in the poultry house. Shade is crucial and can halve the heat load on hens. Heat load is minimised when hens are surrounded by cool surfaces. Insulation of galvanised iron roofs is essential because it reduces transference of long-wave radiation down onto the birds. Obvious choice for cost effectiveness is grass or other dried thatch but care must be exercised because it may harbour vermin and parasites.
Colour and nature of roof surface will have considerable impact on the amount of solar radiation absorbed with white and smooth shiny surfaces staying cooler than equivalent dark coloured and rough surfaces. Painting the roof white is clearly a good idea not only because of the colour but also as an anti-corrosion measure to stop development of a rough surface coating of rust.
Regular movement of air within the house takes away heat, water vapour and pollutant chemicals including ammonia from the faeces and if the birds are in battery cages continual air flow is crucial to stop those in the higher situated cages getting to hot. Depending on actual climate it may be necessary to have one permanent solid wall to shield birds from strong wind and driving rain that can occur at any time of the year, but for others a temporary erection facility may be all that is needed to protect birds during three months of an annual cooler rainy season.
Poultry houses for relatively small number of birds in the hot dry tropics, having big day/night fluctuations in temperature, benefit from walls with high heat capacity and low heat conductivity. This means they absorb heat in the day and release it at night thus equalising house temperature over the twenty four hour cycle. This is not advisable for poultry units housing large numbers of birds as there will be insufficient air flow to prevent high accumulations of ammonia which impede respiration and feed intake.
Large units were traditionally built as open-sided structures to encourage maximum natural air movement which after all is both cheap and totally reliable. More enclosed houses are now springing up which clearly require at least some environmental control whether it be from ventilation systems providing continuous air flow, high pressure misting systems or fogging/cool pad/ tunnel ventilation systems which rely on a combination of evaporative cooling and air flow. Installation of such systems clearly requires considerably higher initial investment but poultry producers moving towards environmental control should also keep an eye on reliability of electricity supply and certainly build cost of a standby generator into their calculations.