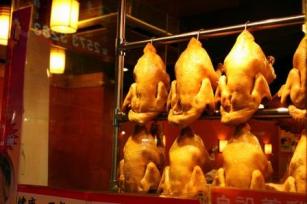 The agriculture secretary Proceso Alcala revealed that the ministry has imposed a ban on imports of domestic and wild birds, including poultry meat, day-old chicks, eggs and semen that came from Schleswig-Holstein District of Stormarn and Hessen District of Waldeck-Frankenberg in .

Citing a report of the Office International des Epizooties (OIE), the Department of Agriculture said the outbreak was discovered in two mixed poultry farms in in December 2012. The low pathogenic avian influenza H5N3 and H5N2 virus were classified as serotype H5 and H7.

Given the ban, the Department of Agriculture has restricted the issuance of veterinary quarantine clearance on poultry imports from , and ordered quarantine officials to confiscate any shipment that already entered the .

had put similar bans on poultry products from and in 2012 after reported outbreak of avian influenza.