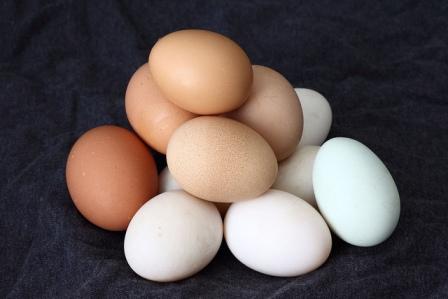 Quality of egg contents (yolk and albumen) is clearly critical but so is eggshell quality. Eggshell quality is determined by shell strength and integrity which in turn affects the incidence of mechanical damage and entry of microbial pathogens which can put consumers’ health at risk and ruin the reputation of the producer.

Before any discussion on factors affecting eggshell quality it is important to understand the structure and chemical composition of the egg shell. The egg shell surrounding and enclosing an egg is almost entirely calcium carbonate (94 to 97 per cent). The remaining three to six percent is made up of organic chemicals and egg shell pigment. The eggshell is actually highly porous with a hen’s egg containing up to 8,000 microscopic pores.

The eggshell is completely covered by a coating of mucous called the cuticle or bloom deposited on the outer surface of the egg just before the point of lay. Cuticle which is protein in nature helps protect the egg content from ingress of bacteria through the shell. Eggshell quality is governed and determined by a wide range of factors including the structure, colour and shape of the shell in its entirety. Hen’s eggs come in a wide range of shell colours - white, tinted, speckled, uniformly-brown and even some with a blue hue depending on the breed.

Many factors affect the general functional quality of the egg shell and most of these will have been determined and set before the egg is laid. Eggshell thickness is governed and eventually determined by the length of time the egg spends in the shell gland (uterus) and the rate of calcium deposition during eggshell formation.

Those eggs which remain in the shell gland for a short period of time will have a correspondingly thin shell. In addition exact in the 24 hour day when the egg is laid can have an effect of shell thickness. Generally speaking, those eggs laid earlier in the day and within the light portion of the photoperiod will have thicker shells. The magnitude and/ rate of calcium deposition can also affect the eggshell thickness with marked differences between various breeds of laying hen because some breeds can deposit calcium at a faster rate than others.

An additional key factor which affects eggshell thickness and therefore its functional quality is relative age of the laying hen. With increasing age of hens comes a general decline in eggshell thickness.  Other factors such as the formation of abnormal ridges, calcium deposits or body checks (ridges) will be important considerations in determining the overall quality of the eggshell.

The overall aesthetic quality of eggshell and egg is determined by a series of factors which the consumer can actually see and pass judgement on. These will include the overall soundness of the shell and whether cracks and depression breaks are visible, cleanness of the shell and its shape and colour. These in turn can be affected by the treatment afforded to eggs during and after collection. For instance, temperature of the water used in any egg washing procedure will affect the incidence of 'thermal' cracks.  Moisture condensation on the shell, the temperature at which eggs are refrigerated and the mechanical handling of the egg all have an affect the aesthetic quality of the eggshell and egg, either positively or negatively.