Take the heat out of poultry house and off your flock 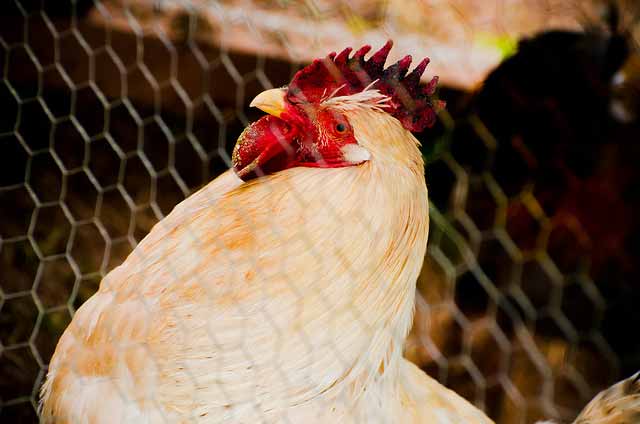 Whether layers or broilers, chickens perform best within a temperature range of 11 to 26°C, and the behavioural and physiological changes which occur when house temperature progressively exceeds the top end of this range are well known and documented

The effect of rising ambient air temperature on the physiology of poultry cannot be considered in isolation because when high temperature is accompanied by high humidity (over 75 per cent) the birds will rapidly succumb and die through heat prostration.

Birds do not possess sweat glands but instead lose water by evaporation from facial appendages and through panting. However, when humidity is high the poultry house atmosphere of the house is saturated with water vapour, liquid water excreted by the birds fails to evaporate with its usual natural cooling effect. Air movement, natural or artificial, alleviates the situation by taking air, saturated with water vapour, away from the birds and thus allowing the water excreted from their bodies to evaporate.

Feeding, ingestion and digestion all generate heat. While this extra heat is useful for birds raised in low temperature conditions, it will simply aggravate heat stress in birds during periods of at temperatures. Not surprisingly, birds react to high temperatures by reducing their feed intake.

This clearly poses the problem of whether accompanying losses in production – eggs decrease in size, weight and shell strength – are due to heat stress per se or lack of energy-rich feed ingredients, proteins and/or vital nutrients and vitamins. In fact loss of productivity with increasing temperature over and above 26 °C is due to a combination of both.

The higher susceptibility of poultry, compared with other livestock, to heat stress is because avian body temperature is much closer to the point of ‘heat death’ than ‘cold death’. The normal body temperature of birds is 41.2 to 42.2 °C which is just 4 to 5 °C below the point at which enzyme proteins start to denature with the complete collapse and failure of body metabolism. This situation is clearly compounded by birds’ lack of sweat glands and their inability to operate a natural and intrinsic cooling system.

Basic passive measures aimed at keeping poultry cool rely on the design and location of the poultry house. They include orientation and pitch of the roof to minimise direct sunlight falling on the house, planting of shade trees around the house and whitewashing the walls and roof for maximum heat reflection. Making the most of maximum natural air movement by leaving the house sides open is the most common feature of poultry houses in hot climates, although this in itself demonstrates the ultimate futility and complete inflexibility of trying to custom-design poultry houses to specifically combat heat stress.

Having open sides allows rainfall to enter during the hot wet season and is completely counterproductive in situations where there are big diurnal fluctuations in temperature or climates where summers are very hot and winters correspondingly cold. Birds suffer all round discomfort including cold and chilling for significant periods. Poultry producers’ policy should be to design and build a house for the efficient management and production of the birds, and then add a custom-designed, active cooling system.

The simplest active cooling system is based on electrically-operated air circulation fans installed inside the house. The basic drawback of using a ventilation system based only on air circulation and is that it just moves around the ‘in-house’ air without removing its intrinsic heat.

On the plus side they are useful for broilers raised on the floor, from which rate of heat convection loss is maximised by increasing the speed or air movement at bird level by installing extra fans. Research suggests that an allocation of 1 circulation fan for every 10-15 metres (m) along the house mounted 2 m off the floor and aimed slightly downwards will achieve the best results, In addition, movement of by the circulation fans make the broilers stand up, thus breaking up the layer of stagnant hot air which tends to form around birds.