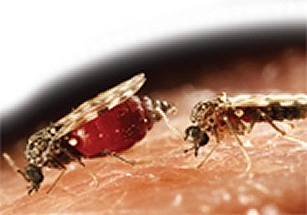 Health and safety concerns persist in China, as does the possibility and actuality of the rise of poultry viruses in proximity to humans

“WE ARE CONCERNED about the possibility of the virus being present in birds in Guangdong [adjoining HK] given the sheer numbers of chickens and ducks there and their proximity to humans,” Peter Cordingley, Western Pacific spokesman for the WHO, said in a recently written reply to Bloomberg News. He went on to say that human infections for 2009 in China are still “within expectations”, although the eight clocked up in January were more than double the number for the whole of 2008.

Despite concerns, Martin subsequently said China had detected no outbreaks in poultry in those provinces with human cases, adding how Chinese authorities had reported [to FAO] findings of extensive testing in the seven affected provinces on 5 February. "The Ministry of Agriculture in China has been extremely pro-active in investigating the situation in domestic poultry in provinces where these cases have occurred," Martin said. "So far, despite a large number of samples from poultry being collected and laboratory tested, no evidence of infection in poultry has been found to explain these human cases." Dr Keiji Fukuda head of the WHO global influenza programme expressed concerns to Canadian Press, however.

"In the assessment of the WHO, we believe that the threat of pandemic influenza remains as high as ever.” He went on to say how recent surge in human H5N1 cases in China highlights the ongoing problem. He said the individual Chinese cases have been investigated and WHO believes they represent bird-to-human transmission, not the person-to-person spread that could signal the start of a human pandemic. Fukuda said it was "noticeable" that the cases have cropped up in diverse parts of China. And they are cropping up in hitherto unaffected regions leading other experts to suggest that surveillance systems are either missing outbreaks or that word of them isn't being pushed all the way up the reporting chain.

Other experts began to question the silence on human cases in February following a high incidence in January. "It's a surprise for me since in January the human cases, you have so many, but in February it suddenly stops," says Dr. Guan Yi, a virologist from the University of Hong Kong (HKU). Interviewed by Xinhua on February 7 Yu Kangzhen China's Chief Veterinarian in the Ministry of Agriculture said human cases of bird flu [in China] did not necessarily mean there would be outbreaks in poultry. He claimed the two were not linked and that many human cases around the world had occurred without outbreaks in poultry. Human cases do occur in Indonesia without notified outbreaks in poultry but that is because the Indonesian government stopped monitoring H5N1 once it became endemic in poultry. Reuters said China’s health ministry was puzzled over the human cases.

"We see the result, but not the cause. We don't know where it has come from, but people have been infected. When people are infected, in theory it should be present in birds," spokesman Mao Qunan told reporters. Confusion cleared a little later that day (February 10) when Ministry of Agriculture reported a H5N1 outbreak among poultry in Hotan in the far western region of Xinjiang. Five hundred birds died and another 13,218 birds were culled. Exactly one month earlier on January 10, a 31-year-old woman surnamed Zhang from Urumqi, the capital of the Xinjiang Uighur region, fell ill after she bought a live chicken in a poultry market and later consumed it.

The woman died of bird flu two weeks later. Urumqi is 570 miles north of Hetian, where the dead birds were found. View from Hong Kong Following the devastating H5N1 outbreak in 1997 - the first ever recorded - with the destruction of HK’s entire poultry population and 18 human cases (six fatal), HK authorities installed strict surveillance systems and control programmes to match anywhere in the world. So when dead birds washed up on Lantau Island in January 2009 and tested positive for H5N1 the alarm bells rang. All were poultry and included ducks geese and chickens. With no HK farms in the vicinity all eyes focussed on the Pearl River Delta region of Guangdong Province which HK adjoins in Shenzhen Prefecture. HK government officials are normally guarded in comments about mainland China but infectious disease expert Lo Wing-Lok warned "something very terrible could be happening in China.

There’s no doubt about an outbreak of bird flu in China, though the government hasn’t admitted it. Inefficient communication between the HK and mainland authorities is an ongoing problem. Hong Kong has not been well-informed by the mainland,” he told Bloomberg News. Over 20 birds were found in the first week of February 2009, with at least three testing positive for H5N1. Leo Poon Lit-man, assistant professor in the department of microbiology (HKU), told The Standard (Hong Kong) how the discovery increased the chances of a bird flu outbreak. Villagers on Lantau Island said there were other occasions when dead poultry washed ashore on Sha Lo Wan beach. Sha Lo Wan village head Lee Chi-fung said residents believe the dead birds came from the Pearl River Delta in China’s Guangdong Province. "We will need to be more careful when walking on the beaches," a female resident said.

The HKU department of microbiology tested all the carcasses and 18 people who were exposed to the carcasses in Sha Lo Wan were put under medical surveillance by the Centre for Health Protection. There are no poultry farms within a 3km radius of Sha Lo Wan. District councillor Chau Chuen-heung said local villagers would not be keeping backyard poultry because this once common practice is now banned. "One would hear noises such as rooster calls if anyone kept poultry, but you don't hear that anymore here," she said.