Achieving zero hunger in Asia and the Pacific 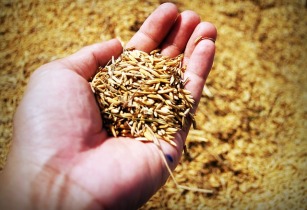 Progress towards the Sustainable Development Goal of Zero Hunger has slowed in Asia and the Pacific, despite strong economic advances, representatives of FAO member countries heard during an event on the sidelines of the 41st Session of the FAO Conference

The meeting highlighted the need for concerted policy actions to tackle the increasingly complex nature of challenges ahead.

“Asia has always been the biggest region for FAO, in terms of people and land and the number of malnourished people,” said FAO director-general José Graziano da Silva. “There have been large reductions in poverty and hunger in China, but unfortunately this progress has not been followed by all big countries.”

He warned that rising rates of obesity in Pacific Island states are linked to local people shifting from eating traditional healthy foods such as taro and local fruits and vegetables to instead consuming cheap imports such as chips and other artificial foods.

“Various factors are at work to undermine the fight against hunger in Asia and the Pacific,” said Kundhavi Kadiresan, FAO assistant director-general and the regional representative for Asia and the Pacific. She cited increasingly frequent natural disasters as well as unequal distribution of income - perhaps the most ‘stubborn problem of all’ - and the cumulative impact of stresses on the natural resource base, all of which tend to weigh on the most vulnerable and food insecure.

On the issue of obesity, and in addition to the Pacific Islands, Kadiresan noted it was occurring in all sub-regions, with a pronounced effect in urban centres.

The side-event, ‘On the road to Zero Hunger in Asia and the Pacific,’ presented an opportunity to examine some of the efforts being made in countries around the region that are resulting in both challenges and positive outcomes.

Bangladesh, India, Iran and Nepal have enshrined the right to food in their constitutions, Kadiresan noted, while Cambodia, Myanmar, the Philippines and Vietnam have deployed shock-responsive social protection measures tied to food security to build resilience against disasters.

Many countries in the Asia and Pacific region are pursuing ways to incorporate neglected and underutilised species such as millets, sorghums, pulses and yams - so-called ‘future smart food’ - as part of their food strategies.

Kadiresan pointed out that FAO is collaborating in this area with the International Crops Research Institute for the Semi-Arid Tropics (ICRISAT) and is now ‘looking to partner with international financial institutions for higher impact investments.’