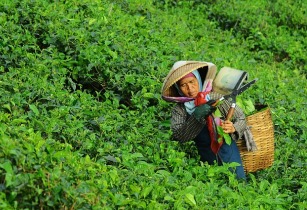 The global tea market is expected to reach a value of US$21.33bn by 2024, registering a CAGR of five per cent on a year-on-year basis, with the Asia-Pacific, North America and Europe expecting to record high growth rates between the time periods

This is published by the Persistence Market Research (PMR), a next-generation consulting and market research firm, in the outlook “Tea Market: Global Industry Analysis and Forecast, 2016–2024.”

According to PMR, increasing penetration of the tea cafe and lounge culture, especially in countries of the Americas and the Asia-Pacific, is further expected to drive the market growth in the near future.

On the basis of distribution channel type, the hyper/supermarket segment is expected to increase significantly in the global tea market due to the increasing consumer base and ease of availability of various flavoured teas in these markets.

“Black tea segment is expected to witness the highest revenue share, followed by green tea and oolong tea segment in the global tea market. As a result of increasing consumption of beverages among young adults in both developed and developing countries, are the major factors to witness highest growth in the global tea market during the forecast period,” revealed the report.

The market in North America is expected to remain dominant over the forecast period and is expected to account for 37.7 per cent revenue share of the global market by 2024.