Technology to nod farming in the right direction 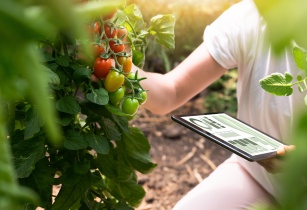 Smart farming represents the application of modern Information and Communication Technologies (ICT) into agriculture, leading to what can be called a ‘Third Green Revolution’, according to the smart farming thematic network, SmartAKIS

The ‘third green revolution’ can be attributed to the rise in technological applications such as the Internet of Things (IoT), precision sensors, geo-positioning systems, robotics, analytics and so on.

According to the Asia Development Bank (ADB), innovation can help farmers increase agricultural productivity and meet evolving demand in a sustainable way. The modern approach towards smallholder farms can be one with increased usage of technology, that directly translates to labour productivity. Improved technologies and practices are helping farmers increase productivity while reducing the overuse of chemical inputs and water, says ADB.

Asia contains nearly 60% of the world’s population according to Worldometers.info, and its food supply needs are nothing short of gargantuan. Here we look at examples of smart farming technologies being implemented across the eastern part of the continent, that aim to achieve complete food security through modern ways, for its growing population while battling climate change.

The central objective of the partnership is to develop evidence-based strategies to collectively tackle the impact of climate change in the region. The partnership will focus on promoting sustainable and resilient agricultural intensification in South Asia through building the capacity of institutions and enhancing skills, to scale-up climate-smart strategies and technologies.

Abdelkarim Sma, lead regional economist, IFAD, said, “The agreement will strengthen IFAD’s partnership with SAARC to work together on improving food security and to benefit smallholder agriculture in the region. The project will look at climate-smart agriculture technologies and practices in the context of farming systems that integrate benefits for adaptation, nutrition, women and youth.”

The consortium kicked off with an initial pilot investment of about US$3.1mn provided by IFAD, SAC, IFPRI and SDF. The partner organisations believe that the size of investment will grow in the coming years.

For the full article featured on the latest issue of Far Eastern Agriculture, click here