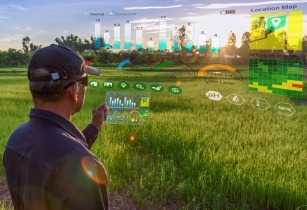 Daedong Group’s parent company Daedong has announced that an MOU was signed with Seoul National University to "promote research cooperation and commercialisation in smart agriculture".

Daedong’s roadmap for the smart farm sector, one of its three major future agriculture businesses, involves first developing growth recipes (solutions) for high-functional and general crops and establishing a system to commission production and distribution, to then lead to customised healthcare business and subscription-type future agriculture platform business.

Based on this MOU with the university, Daedong plans to jointly build a smart farm testbed in the campus, and also jointly operate a complex light source rooftop smart farm that utilises natural light and artificial LED solar, which was built on the fifth floor of the Daedong Seoul office building earlier this year, to develop growth recipes (solutions) for high-functional crops.

Furthermore, the commercialisation of customised nutrition services using highly functional crops for personal health promotion will also be conducted. In addition, Daedong aims to strengthen the competitiveness of smart agricultural machinery technology by developing autonomous driving algorithms such as path creation, follow-up control and real-time control for cluster and unmanned work of agricultural machinery such as tractors, combines, and transplanters.