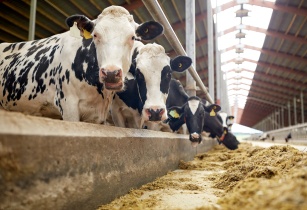 Bion Environmental Technologies, a developer of advanced livestock waste treatment technology, has filed patent applications in Canada and Mexico on its third generation (3G) technology platform, and is preparing an application for the European Union

The new international applications cover Bion’s 3G technology and are directed to processes to recover stable concentrated ammonium bicarbonate from the volatile ammonia in the livestock waste stream.

Bion’s initial fertiliser product, a liquid ammonium bicarbonate solution, was approved by the Organic Materials Review Institute (OMRI) in May 2020 for an OMRI Listing, allowing for its use in organic production. The approval confirmed that Bion's 3G technology platform produces organic-compliant nitrogen fertiliser with a non-synthetic process. In May 2021, Bion submitted a new application to OMRI, seeking an OMRI Listing for the crystallized (solid) ammonium bicarbonate/ ammonium carbonate recovered in its 3G platform.

Craig Scott, Bion’s director of communications, stated, “We will remain focused on pursuing prospects in the US markets initially. However, ultimately, we anticipate similar opportunities in the global markets, especially in those countries that utilise large scale production practices, like the US. By comparison, according to 2018 data from the UN Food and Agriculture Organization (FAO), the EU, Mexico, and Canada, combined for 17.5% of total global meat production (341 metric tonnes) versus 13% for the US.”