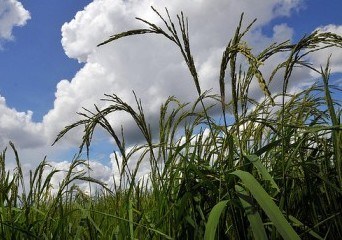 The FAO Food Price Index, a measure of the monthly change in international prices of a basket of food commodities, averaged 213 points in August 2012, unchanged from July

Presenting the Index, director-general José Graziano da Silva said, “This is reassuring. Although we should remain vigilant, current prices do not justify talk of a world food crisis. But the international community can and should move to calm markets further.” The FAO Food Price Index spiked six per cent in July after three months of decline.

The FAO Cereal Price Index averaged 260 points in August, the same as in July, with some increases in wheat and rice offsetting a slight weakening in maize. Deteriorating  crop prospects for maize in the United States and wheat in the Russian Federation initially underpinned export quotations, but prices eased towards the end of the month following heavy rains in areas hardest hit by drought in the United States and the announcement that the Russian Federation would not impose export restrictions. Renewed import demand sustained international rice quotations.

FAO's Cereal Supply and Demand Brief, published together with the Food Price Index, said global cereal production will not be sufficient to fully cover expected utilisation in 2012/13, pointing to a larger drawdown of global cereal stocks than earlier anticipated.