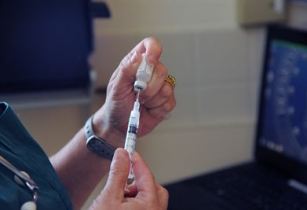 The company independently developed the first veterinary inactivated rabies vaccine approved by China's Ministry of Agriculture. It completed listing on the Third Board over-the-counter market in Beijing this May, and is expected to start construction of the Phase II live vaccine facility later this year following completion of the financing, adding annual production value of one billion yuan (approx. US$150mn).

One of China's earliest state-level high-tech industrial development zones, the District reported a total production value of RMB115.5bn (approx. US$17.3bn) for 2016. Home to one-third of the foreign-invested companies as well as one third of the hi-tech companies in Changzhou, China, the District assists resident companies enter into capital market with a series of incentives. It rolled out over 20 new policies earlier this year, encouraging companies to shift to a joint-stock limited structure and to launch IPOs, providing support for listing on the Third Board and managing their capitalization initiatives. The District added incentive policies covering financing in connection with a listing on the Third Board, M&A activities, company restructuring and recruitments. It increased the financial incentives for companies that succeed in launching an IPO or listing on the Third Board to one million yuan (approx. US$150,000), of which 500,000 yuan (approx. US$75,000) is allocated to rewarding their executive teams.

During the first seven months, the District had six companies that completed share restructuring and added two joint-stock companies. To date 46 of its resident companies have listed on the Third Board, more than one third of Changzhou's total.

Several companies in the District have initiated IPOs: four have filed applications, five are in the pre-listing stage and eight have announced an intent. On 17 August, Changzhou Youon Public Bicycle System Co., Ltd. successfully listed on Shanghai Stock Exchange.