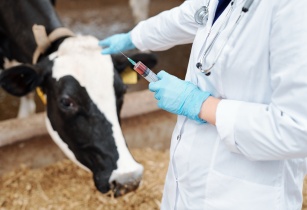 Veng Sakhon, minister of agriculture, forestry and fisheries minister, said that in addition to the efforts to monitor and treat cattle that have been infected with skin tumours in the past, the Ministry has also made efforts to seek the purchase of vaccines to prevent cattle skin tumours.

According to the Ministry, the epidemic has spread rapidly from the Thai border provinces to the central lowlands of Cambodia, especially in Tbong Khmum, Kampong Cham and Prey Veng provinces with more than 30,000 cattle affected especially the calves.

The Ministry has already received 20,000 vaccines and is in partnership with the general department of animal health and animal production which is set to handle the vaccination campaign from 20 August in the Tbong Khmum Province.