China's central bank announced that it has decided to lower lending rates for the country’s agriculture sector and small enterprises by 0.25% points 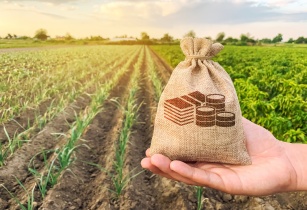 After the reduction, the interest rates of three-month, six-month, and one-year loans for agricultural purposes and small-holding farm development stood at 1.7%, 1.9% and 2%, respectively, according to the People's Bank of China (PBOC) online statement.

PBOC statement said that the interest rates for rediscounts and financial stability-related reloans remain unchanged at 2% and 1.75%, respectively.

According to PBOC data, the country’s outstanding credit to support rural development came was recorded at US$74.48bn and outstanding loans towards supporting small enterprises was at US$156bn, while outstanding rediscounts stood at US$91bn.

The PBOC said that it will maintain stable re-lending and rediscount policies and continue to provide continued financial support for the country’s agricultural sector including small, micro-enterprises and private firms.