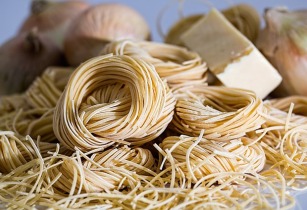 Asian flour millers are facing scarce supplies of a variety of Australian wheat which is used for making noodles as farmers hold back stocks amid near decade-low prices, according to Reuters

Buyers are having difficulty in getting shipments of Australian Standard White (ASW) wheat for the coming months, which could force millers to seek alternative supplies, traders and millers said.

Asia is the world’s biggest and fastest growing wheat market, fuelled by rising consumption of noodles, flat breads and bakery products. China and India each consume roughly 100 million tonnes a year and Indonesia has emerged as the world’s second largest wheat importer behind Egypt, buying more than 10 million tonnes in the year to June 2016, up 35 per cent on a year earlier.

“Farmers are not willing to sell as they feel prices are really low,” said one Singapore-based trader. “There is no shortage of ASW, there was bumper production.”

ASW wheat was being sold at a 10-year low level of about US$190 (S$265) a tonne, free on board, in January and February. The market has since recovered to trade around US$200 a tonne but prices are still below the US$220-US$240 a tonne average of recent years, traders said.