Australia to step up grains exports to Asia 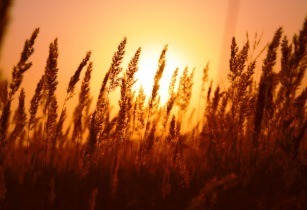 About 70 per cent of Australian exports are sold into Asia, with flour millers and stockfeed manufacturers as big buyers.

Geoff Honey, chief executive of Grain Trade Australia, said that Canada, the US, Russia and the Black Sea region are all putting huge emphasis on exporting grain to Asia and putting pressure on prices.

“What we need to do is to be able to demonstrate that the product that we have is a better product than where the competition is, because there's no question those competing forces will continue to focus on Asia,” Honey added.

“One of the major reasons they are going to be focusing on Asia is that the amount of grain that is required by Asian markets, both for feed and the food sector, is just going to continue to increase.”

According to the executive, at a grain industry conference held recently in Singapore discussed the Australian grain industry code of practice, which will become mandatory for all Grain Trade Australia members from July 1 this year.

Nick Goddard, the executive director of the Australian Oilseeds Federation, added that it was important the Australian grain and oilseed industry is well represented in Asia, where the former Australian Wheat Board previously performed a key marketing role.

More than half of Australia’s recent exports of oilseeds, like canola, have been reportedly sold into Asia, where there’s a growing market for animal feed.

“That is a very strong driver, particularly in China, where there is seemingly an insatiable appetite for feed for animals, particularly pork and chickens, but increasingly dairy cattle. Australia is well-placed to supply grain into those markets.”