Banana could replace potato as staple crop for millions 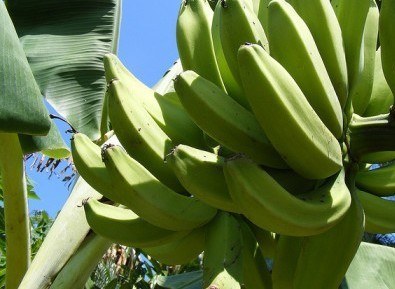 Climate change could lead to crops from the banana family becoming a critical food source for millions of people, a new report revealed

Researchers from the Consultative Group on International Agricultural Research (CGIAR) agricultural partnership say the fruit might replace potatoes in some developing countries.

Cassava and the little-known cowpea plant could be much more important food crops as temperatures rise. People will have to adapt to new and varied menus as traditional crops struggle, say the authors.

Responding to a request from the United Nations' committee on world food security, a group of experts in the field looked at the projected effects of climate change on 22 of the world's most important agricultural commodities.

They predict that the world's three biggest crops in terms of calories provided – maize, rice and wheat – will decrease in many developing countries.

They suggest that the potato, which grows best in cooler climates, could also suffer as temperatures increase and weather becomes more volatile.

The authors argue that these changes "could provide an opening for cultivating certain varieties of bananas" at higher altitudes, even in those places that currently grow potatoes.

But according to this research, wheat will face a difficult future in the developing world, where higher prices for cotton, maize and soybeans have pushed wheat to marginal land, making it more vulnerable to stresses induced by climate change.

One substitute, especially in South Asia, could be cassava – which is known to be tolerant to a range of climate stresses.

One of the big concerns among researchers is how to tackle the need for protein in the diet. Soybeans are one of the most common sources but are very susceptible to temperature changes.

The scientists say that the cowpea, which is known in sub-Saharan Africa as the "poor man's meat" is drought-tolerant and prefers warmer weather and could be a reasonable alternative to soya. The vines of the cowpea can also be used as a feed for livestock.

In some countries, including Nigeria and Niger, farmers have already moved away from cotton production to growing cowpeas.