China and India to boost palm oil sales in Asia 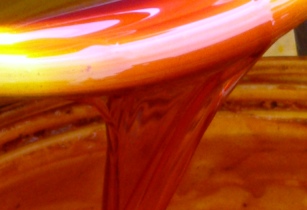 The crude palm oil market in Asia will grow due to the consumption in the emerging markets such as China and India in spite of the recent downturn in prices, a Frost & Sullivan report stated

Chris de Lavigne, global vice-president, consulting at Frost & Sullivan, said that crude palm oil (CPO) has grown from strength to strength in the last two decades witnessing a compound annual growth rate (CAGR) of 7.5 per cent over that period to become the largest vegetable oil consumed in volume terms, now representing around one third of the vegetable oil market.

If the palm oil continues to sustain such a rate of growth over the next decade — demand and land availability permitting — it would become close to being a 100mn tonne market in around 2022.

Growth will mainly driven by Indonesia that has more landbank available than Malaysia and overtook Malaysia years ago as the main palm oil producer.

The report also suggested that biodiesel would show tremendous growth in Indonesia, backed by government mandates. It is expected that in 2025 Indonesia could consume as much as 14mn tonnes of biodiesel, all or mostly using palm oil as the feedstock.