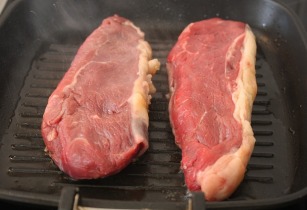 The protocol is related to inspection, quarantine and veterinary health requirements for Irish frozen beef to be exported to China.This marks another major milestone in the process of getting Irish beef into the Chinese market, the Irish government said in a statement.

In order to complete the process to allow Irish beef exporters access to the Chinese market, a veterinary health certificate with China's General Administration of Quality Supervision, Inspection and Quarantine (AQSIQ) must be finalized, which will be followed by an inspection visit by the Chinese Certification and Accreditation Administration (CNCA) to approve individual processing plants for export, according to the Irish government.

Beef consumption in China has increased almost six-fold between 1990 and 2015 and is forecast to increase further over the coming years.

However, Chinese beef production has not kept pace with rising demand. On Tuesday 18 April, the two sides also signed a protocol to facilitate trade in thoroughbred horses for an emerging racing sector in China. Irish agri-food exports to China have increased from about US$256.7mn in 2012 to US$835.6mn in 2016.