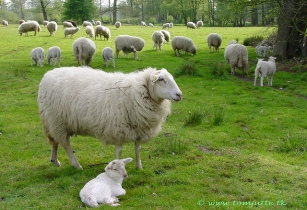 China's demand for meat products is increasing due to growing population, developing economy and rapid urbanisation

There has been a marked increase in prices, imports and consumption of meat across sectors, stated reports. The total output of meat in China was 85mn tonnes and the country has now seen consumption rise to 60kg/person per year.

Meng Qingguo, president of the China Meat Association, said, “China’s meat industry is in a period of fast growth. Total meat output in 2013 rose by 1.8 per cent."
Beef prices in the country rose by 18.5 per cent, sheep meat prices rose by 14.3 per cent, pork rose by a just 0.4 per cent and chicken meat prices fell slightly by 0.7 per cent, he added.

The significant rise in beef and sheep meat prices is due to lack of supply in the country, which has seen a sharp rise in imports for both meats.

In 2013, China slaughtered more than 715.5mn pigs, producing nearly 55mn tonnes of pig meat. China imported 25 per cent of the global sheep meat trade in 2013, and beef imports into the country are also rising with growing prices.

To support the increasing demand, the nation is witnessing growth in the meat processing sector – in 2013, there were 3,493 processing plants, and their revenue rose 14.48 per cent. China is focussing on integrating more plants, with higher safety standards and growing profitability.

He Luli, honorary president of the China Meat Association said, “The Chinese government has placed great importance on meat products and processing. After decades of contraction, the foundations were placed for the present meat industry and now it has been fundamentally transformed. The meat companies of China have been reaching out to meat companies around the world and China has been catching up with international standards."