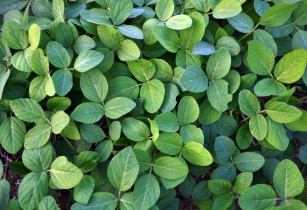 CP Foods’ CEO Prasit Boondoungprasert says that the company sees opportunity in meatless meals, with the number of vegans, vegetarians and flexitarians altogether constituting about 29% of the global population. Meanwhile, vegans and flexitarians are accounted for around 40% of the Hong Kong population.  However, while there are already meatless options in the market, most of them are pricey and lack variety, according to the company.

CP Foods aims to become the leading plant-based brand in Asia and also plans to export the plant-based products to North America, Europe and other markets later on.

“MEAT ZERO’s affordable price point will make this lifestyle more accessible to those who are looking to adopt a sustainable diet. The incredible taste will also convert sceptics,” added Prasit.

According to CP Foods, the market-ready product is the result of more than 2,000 experiments conducted in three years, helmed by hundreds of researchers and teams from CP Foods Food Research and Development Centre. MEAT ZERO partnered with Fuji Oil from Japan, a global plant-based products company, as well as experts from the U.S and Taiwan to develop PLANT-TEC innovation.

The company observes consumers are barely able to notice the difference in taste and that they contain health nutrition from high fibre plant-based protein, which is good for the intestine and bowel and low cholesterol.

According to CP foods, it sold over 4 million packs in Thailand since launched in May this year. It also won 'Best Plant Based Branding' from Root The Future Plant-Based Food Awards 2021.

“CP Foods will pursue the path to become a full-fledged food tech company that responds to the food needs of all consumer groups,” commented Prasit.