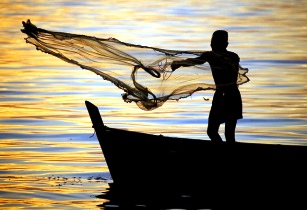 FAO and partners have drafted a new framework of vision to improve food production, agriculture and livestock sectors in Association of Southeast Asian Nations (ASEAN) region that will be implemented in 2016

Following a request in March 2014 by the ASEAN secretariat and after subsequent consultative meetings, ‘Strategic plan of action for ASEAN cooperation in food, agriculture and forestry (2016–2025)’ was drafted jointly by FAO and German development agency GIZ and has been presented to the ASEAN officials for consideration.

The draft includes a detailed situational analysis of food, crops, livestock and fisheries in the region. It also examines challenges and opportunities and offers suggestions for a coordinated way forward.

Hiroyuki Konuma, FAO’s assistant director-general, said that the process provided a crucial framework for ASEAN integration in food, agriculture and forestry sector which are critical to the food security and economic progress in the ASEAN community.

The FAO assistant director-general also presented the Special SOM-AMAF meeting with an update on the ‘Save Food Asia-Pacific Campaign’, supported by the FAO regional office for Asia and the Pacific.

The regional initiative, launched in Bangkok in August 2013 under the umbrella of global ‘Save Food Campaign’, has attracted the interest of several countries in Asia and the Pacific, the UN body said.

“Laos, Singapore and Malaysia have also communicated to FAO their interest in the same,” he added.