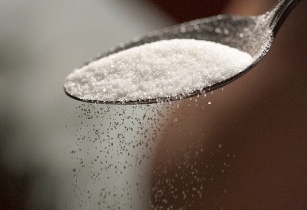 National Sugar Summit 2017 will be attended by thousand of professionals from all Indonesia Sugar Industries and government to discuss technology, policy, challenge and strategies how to make Indonesia Sugar Industry to become more competitive in global. Most of the attendee should be decision makers, the board of director, owner, government and professional in the ugar business.

SugarMach Indonesia 2017 is an ideal platform for sugar industry players to explore their business, to network with both local and global communities, and to unveil their latest products of technology. Indonesia’s sugar self-sufficiency effort provides an opportune time for investors to participate in the sector as well as take advantage of various incentives on offer. The bright prospects for investment in the national sugar industry are evident from the growing interests of the private sector to invest in the sector.

SugarMach Indonesia 2017 taking place on 23 – 25 August 2017 at JIExpo Kemayoran, Jakarta – Indonesia will co-locate with INAGRITECH 2017, INAGRICHEM 2017 and INAPALM ASIA 2017. It will definitely be one of the Indonesia’s most prospective one-stop exhibitions for sugar industry players. The scale of exhibition area will be expanded up to twice as large as last year’s and will attract more than 500 exhibiting companies.

According to the Indonesia Ministry of Trade, Indonesian sugar consumption within the consumer retail segment is 3 mn tonnes per year, while national sugar production is only about 2.5 to 2.7 million tonnes per year resulting in a shortfall of 300-500,000 tonnes of sugar. Therefore, the new government is committed to building 10 new sugar mills between 2015 and 2020 with Rp42.5 trillion of investment. Each mill is hoped to be able to process 30,000 tons of sugarcane per day. To achieve the goal, Indonesia’s sugar mill must upgrade and use the modern technology and machinery for its sugar production.