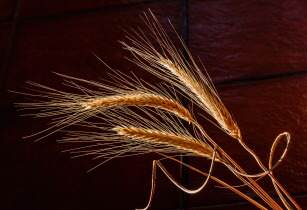 Japan has imported 1,789 metric tonnes (mt) of barley from the USA, for food and food processing, from January to March 2015 and the US Grains Council expects 50 per cent more in the coming months

The data was revealed by Japan’s customs department. The country is expected to import another 50 per cent more food barley this year than the last.

“If this pace continues, it is possible that Japan will import around 7,000 to 8,000 mt of food barley from the USA during the 2015 calendar year,” said the USA Grains Council (USGC) director in Japan Tommy Hamamoto. “This is good news for the barley industry as Japan’s food industry is willing to pay a premium for US barley, which contains high levels of beta-glucan.”

According to the US Grains Council, beta-glucan barley has properties that could reduce cholesterol and lower the risk of heart disease. It also has the ability to reduce a person’s glycemic index (GI).

The Council added that Japan is health-conscious, which has contributed to a market for high beta-glucan USA barley.

“This healthy branding will likely drive Japanese imports of food barley this year as a new health labelling scheme went into force on April 1,” Hamamoto added.