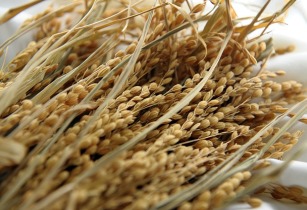 Reuters have reported that China officials have agreed to allow imports of U.S. rice for the first time ever, U.S. Department of Agriculture Secretary Sonny Perdue said on Thursday 20 June

The move would give U.S. farmers access to the world's biggest rice consumer, with China importing about 5 million tonnes last year, Perdue said in a statement.

"We waited a decade for the protocol to be signed and our members are anxious to meet the demand of China's consumers for safe, high-quality U.S. rice," USA Rice President Betsy Ward said in a statement, adding that China consumes the equivalent of the entire U.S. rice crop every 13 days.

China opened its rice market in 2001 when it joined the World Trade Organization, but a lack of phytosanitary protocol between China and the United States effectively banned imports, according to trade group USA Rice.

Stuart Hoetger, a rice trader at California's Calrose Co-op, said he hoped to sell rice to China as soon as retailers there were approved to take in imports. The cooperative of California rice farmers already has customers in the Middle East and elsewhere in Asia.

"I don't think it will explode overnight but I think it could turn into significant demand," Hoetger said.