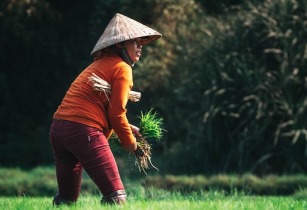 Groot has developed a dynamic, smallholder-centric tropical vegetable seed industry, starting in Southeast Asia and spreading throughout Asia, Africa and Latin America. His work has invigorated both rural and urban markets for vegetable crops, making nutritious vegetables more widely available and affordable for millions of families each year.

Known as the “Nobel Prize for Food,” the 2019 World Food Prize honours the achievements of Simon Groot and his company East-West Seed (EWS) over the past four decades.

Groot has played a transformative role in improving the health and economic opportunities of small farmer communities in more than 60 tropical countries by helping them move from subsistence farming to horticultural entrepreneurship.

Quinn commented, “He and his company have, in effect, developed an impactful global network of seed producers who are transforming the lives of 20mn farmers every year.”

When Groot started East-West Seed, commercial vegetable breeding was all but unknown in the tropics, and many farmers were having a hard time growing a good crop with the low-quality, poorly adapted seeds they often saved from season to season. Low-quality seeds resulted in low yields, which translated into poverty and malnutrition for farmers and their families. Groot saw a way to break the vicious cycle of poverty and help farmers prosper through diversification into high-value vegetable crops.