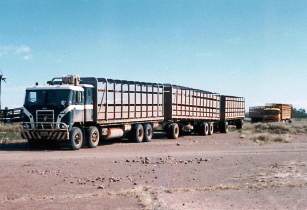 President Widodo added that by 2017, another five ships could be added to the existing fleet, at the cost of US$13mn approximately.

Widodo said, “I hope the inauguration of these modified ships will ease both the shipping of livestock and transportation for people. In the end, prices will decrease because the shipment costs are cheaper. We always lose on the high logistics costs between the provinces in Indonesia. This is what we target to solve, one at a time.”

The move to have ships ferry cattle across the Indonesian islands is expected to reduce the price of beef across Java and Jakarta, said government officials, following the 2013 plan by the government to spend money on facilitating cargo ships for cattle export. Usually, cattle is transported within the Indonesian archipelago through ferries and trucks, but the rough travelling conditions end up distressing the cattle, which end up losing weight due to anxiety.

With the new ships, cattle can travel in a stress-free environment. Further on, quarantine islands could be established for the imported cattle as well.