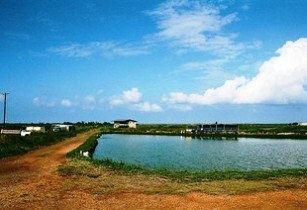 The new technology is called Supra Intensive Indonesia (SII) and will replace the current intensive farming technique, according to Jakarta Post.

The SII technology was first introduced at a shrimp farm by Hasanuddin Atjo, currently the head of the Central Sulawesi Maritime and Fishery Agency (CSMFA).

The shrimp pond, located at the CV Dewi Windu shrimp hatchery in Kuppa village inn South Sulawesi, measures approximately around 1,000 square metres and is at water depth of 270cm.

From a trial run in Barru regency, he added, the highest yield was recorded in February 2013. One hundred days after releasing 750,000 shrimp fries in the pond, 15.3 tonnes of shrimp were collected at a value of US$62,000.

The SII technology was then utilised in Central Sulawesi. The trial run was conducted at the regional technical implementation unit of CSMFA, he added.

The ponds were then able to produce 15.3 tonnes of Vannamei shrimps per cycle.