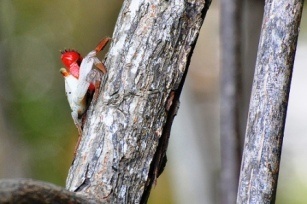 The members of Wanasari fishermen’s group have been developing a number of crab ponds in Tuban mangrove forest to breed the crabs, a high demand gourmet delicacy product.

Many seafood lovers consider them to be among the tastiest crab species. In traditional fish markets in southeast Asia, mud crabs are in huge demand.

Mud crabs are usually found in estuaries and mangrove forests in Asia, as well as in .

A report on Bali Day quoted fisherman Agus Diana as saying, “ We have received orders from nearby food establishments for mangrove crabs.

“We have set up five crab traps and breeding spots measuring 15 by 20 meters near Teluk Benoa mangrove to breed and catch the crabs.”

Each of the traps costs around US$5,065 to build. The construction is semi-permanent and made of bamboo and nylon fishing nets.

Breeding mangrove crabs is seen as a profitable option for the desperate fishermen.

Diana said that demand for the crabs was predominantly from seafood restaurants operating in Kuta and Tuban.

“Mangrove crabs contain tender, delicious meat when compared to other crab species procured from Sulawesi and Papua, currently flooding markets,” Diana said. Crabs from these two areas have to travel a long way to the local market.