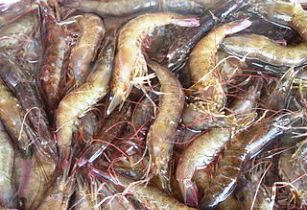 The Philippines will see a 25 per cent rise in the exports of white shrimps or vannamei in 2014, Bureau of Fisheries and Aquatic Resources (BFAR) has announced

Asis Perez, director of BFAR, said, “We are projecting high export growth for shrimp next year. So far, there have been high demand from markets like Japan, the US, Singapore and other Asian countries.”

Perez cited an expansion in the shrimp aquaculture industry, especially in Bicol, Quezon, Bani in Bataan and General Santos.

About 35 per cent of the Philippine shrimp supply currently comes from General Santos, he added.

The BFAR official said the Philippines would also export frozen vannamei to Singapore, Japan, US, China and Hong Kong.
The BFAR had earlier in the year imposed a ban on the importation of live shrimp species to protect the industry from the early mortality syndrome (EMS), which is prevalent in neighboring countries.

“We are now reaping the benefits of the ban. We are lucky because we’re the only country which is EMS-free,” Perez said.

The private sector has also expressed interest to produce shrimp fingerlings, he added.

“We will monitor the price and the quality and quantity of exports. Once Indonesia and Thailand recover, we should be able to compete so we have to make sure that prices will not go up,” Alcala added.