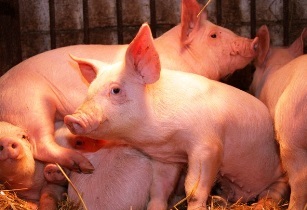 In recent months, China has faced a massive reduction in sow numbers, while US pork production is at record levels. (Image source: Griszka Niewiadomski/sxc.hu)

If China increased imports of pork from the USA by just one per cent of its consumption, it would equal a staggering five per cent of total USA production, according to experts.

As the world’s No. 1 consumer of pork, China imports more pork than any other country. Looking back over the past four years, the USA has shipped, on average, four pounds of every market-weight hog to China.

USA National Pork Board CEO Chris Hodges said, “Since the start of this year, we have been focused on bringing our new strategic plan to life.

“That means delivering programmes that build consumer trust and drive sustainable production in order to grow consumer demand. In meetings with many pork producers, we have identified an untapped marketing opportunity with China.”

In recent months, China has faced a massive reduction in sow numbers, while US pork production is at record levels.

“In short, we are producing more hogs today than ever before and it’s largely due to the fading impact of PEDV, which stifled growth in 2013 and 2014,” Hodges said.

“Increasing international trade is just one example of how the Pork Checkoff helps define and capitalize on current market opportunities,” he added.

“We also are committed to investing US$9mn to US$10mn over the next two years in supplemental domestic and international marketing efforts.”

“Our vision is to elevate USA pork as the global protein of choice, and our mission is to serve as a catalyst to unite pork producers,” Hodges said.

“We hope producers see the benefit in understanding this unique marketing opportunity as we attempt to grow USA exports,” he added.

USA shipments to China have slowed since early 2014 for a number of reasons. First, the large liquidation of sows in China has put extra pork on its domestic market, pushing Chinese pork prices lower. Second, the US dollar has strengthened relative to competitors’ currencies, making US product comparatively more expensive. Finally, China is restricting product from pigs produced with ractopamine and has ‘delisted’ many USA pork plants due to positive ractopamine residue tests.

The delisted plants cannot ship pork to China until they are approved. The National Pork Producers Council, other meat organisations and the USA government are working with China to get them relisted on Asian nation’s list of approved exporting facilities.

“With the recent restrictions on ractopamine, US pork exports to China have slowed dramatically,” Hodges said.

“Ractopamine is a safe, commonly used tool in many parts of the world and nearly all of the countries that import USA pork accept its use. However, it is not recognised by China despite safety approval by both the US Food and Drug Administration (FDA) and, on a worldwide basis, Codex, an international body that sets standards.”

Few USA packers are able to guarantee delivery of ractopamine-free pork and, as a result, the European Union (EU), Canada and Brazil are benefiting from increased exports to China, according to Steve Meyer, vice president of pork analysis for Express Markets, Inc. Analytics and a Pork Checkoff consultant.

Meanwhile, the EU’s market share is around 65 per cent of China’s pork imports, which is directly at the expense of the USA.