According to a report by Nikkei, BASF’s new AI tool ‘Xarvio Field Manager system’ began being used by Japanese company Yamazaki Rice as a means of helping farmers to effectively counter labour shortage 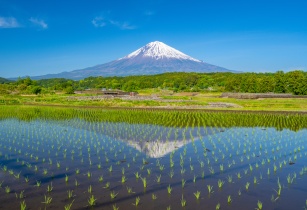 The tool uses satellite and weather data to perform real-time analysis, with automated maps customising the quantity of fertiliser utilised for each farm section. The data obtained is later fed to GPS-equipped farm equipment. Furthermore, the AI also possesses the remarkable ability to provide suggestions that can help improve yields by up to 25%.

In the report, BASF highlighted the AI’s potential of sending out alerts that were more than 97% accurate. This proved to be largely beneficial for farmers dealing with destructive crop diseases such as rice blight. It was noted that about 80% of the time, Xarvio was successfully able to predict the presence and timing of the disease within three days, thus giving the farmers adequate time to take appropriate measures to combat the disease.

Currently, Xarvio is being used in a majority of Japanese rice paddies which comprise a combined size of 33,000 ha.

Next year, BASF plans to roll out a new feature to predict weed growth in paddy fields, as a way of preventing herbicide overuse. This perfectly aligns with Japan’s 2050 road map which aims to drastically cut down herbicide and chemical fertiliser use.