India to map farms with satellites to offer crop insurance

India will deploy satellites to digitally map each farmland in the country using GPS technology to offer yield-based crop insurance to farmers, according to a senior government official 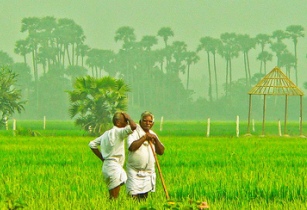 The scheme will be first launched in select states of India before being taken up nationally in phases. (Image source: Sarath Kuchi/Flickr)

The Global Positioning System (GPS) is a space-based satellite navigation system that provides location and time information in all weather conditions.

"Satellite-based estimation model is very important because of small farm sizes in the country. Based on the imagery from the satellite, a vegetative index will be determined and after co-relating the data with yield for a particular crop, the yield of the individual farmer will be estimated to work out a tailor-made insurance cover," added the official.

At present, crop insurance in the country mainly covers the loans taken by a farmer and not his farming activities, he revealed.

“The data received from the satellites will also be useful in providing vital agricultural knowledge inputs to the farmers. Insurance Regulatory and Development Authority of India (IRDA) will work with insurers to develop a standard product that will be easy to market with terms of settlement to attract farmers," said the official.

The move is in sync with Prime Minister of India Narendra Modi’s call for focusing attention on the health of soil in agricultural areas to boost productivity and bring about increased prosperity, he concluded.